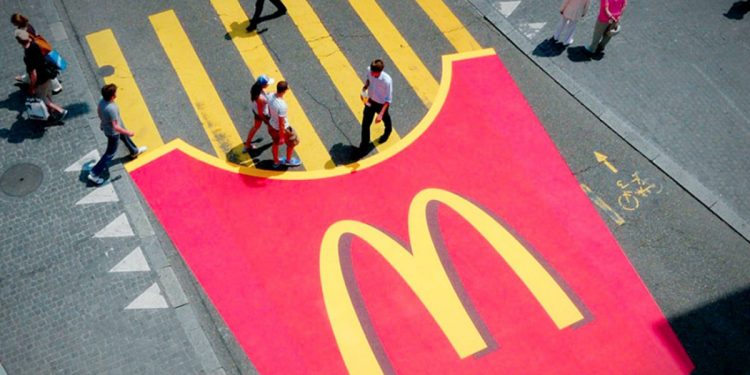 Guerilla marketing stands out as something that any business can use. It can creatively promote services and products in a way that is unconventional, all while not having to invest a large amount. All marketers love how low-cost guerilla marketing is and how its ROI is higher than with other similar options.

Basically, guerilla marketing works by you repurposing the current environment of the audience. How can you do that? By being creative. All successful entrepreneurs from Konosuke Matsushita to Bill Gates were smart about their marketing tactics used. Some guerilla marketing ideas to consider include the following:

One thing you might not know is that Reddit just spent around $500 on advertising ever since it was launched. Even so, it is known by literally everyone. This is because of the smart use of guerilla marketing and word of mouth, plus the service that is offered. Also, you might not know that most of the money was spent on some stickers that were put in many places. This is a clear example of how effective a sticker can be, when used right.

Just make sure that stickers are responsibly used. They need to reach people that are in your target audience. If not, they would produce no result.

In guerilla marketing, outdoor installations are common. The problem is that they are very expensive. It is difficult to create an outdoor installation that stands out and that reaches a large part of the target audience. This is why many do not use such tactics.

The good news is that you do not have to spend a fortune. Smart guerilla marketing campaigns are always possible. For instance, when promoting It, the horror movie, red balloons popped up all around Sydney CBD. They were attached to drains, with a note that said “It is closer than you think”. This was cheap and highly-effective.

If you are not aware of this, reverse graffiti is practically when grime and dirt are removed from a wall or a street in order to create a new, natural message. Many large brands use this, including Domino.

When Prison Break returned to TV, a cake was delivered to important people in the media. It is normal for them to receive gifts and attentions so nothing seemed weird. However, when the cake was cut, a file was put inside it, together with a message promoting the show. You can see the cake and other guerilla marketing campaigns here.

The Troy Public Library was supposed to be closed in 2011. The Leo Burnett advertising agency was hired to create a campaign that would encourage people to vote for a tax increase that would offer enough funding for the library to remain operational. How this was done was unique.

A fictional organization was set up to promote messages about burning the books in the library. It lobbied very aggressively for the library to close. This created an outrage and made people show up to vote. It was then revealed that the goal was to highlight the fact that voting against the library was voting for books to be burned and to make people talk about the library instead of about taxes.

IKEA is well-known for the original marketing campaigns that they launch. A guerilla marketing one that stands out was launched in 2006: “Everyday Fabulous”. IKEA then toured Paris and Manhattan to use products in order to decorate different settings like window trains and bus stops.

Pillows, curtains, and sofas were added. Decorative items from IKEA were visible to people so brand awareness was instantly increased.

Partner With A Completely Unexpected Brand

We are used to many kinds of partnerships in the marketing world. For instance, toothpaste manufacturers often partners with dentists. This can work but with guerilla marketing, it is all about thinking outside the box. This is what Colgate did as it partnered with pizzerias.

Colgate delivered special Colgate-branded boxes for pizza delivery. Inside the box, the design was a mouth and the message inside reminded people to wash their teeth.

Ambient marketing is always a great thing to do in guerilla marketing. An example of a wonderful one was the work of Iris, a London agency. The campaign featured messages that were put into Kindle books and physical books, close to the end. The message was a reminder that people that smoke have their stories end 15% before when the end should come.

Next Read: How To Improve Business Planning Skills

Sleeping Habits That Are Really Bad For ...

Tax Deductions You Most Likely Do Not ...

Krasimir Hristov, Co-Founder of Bebytop and part of the team at ESBO ltd., graduated from the New Bulgarian University in Sofia, Bulgaria with a Master’s Degree in Advertising Management.