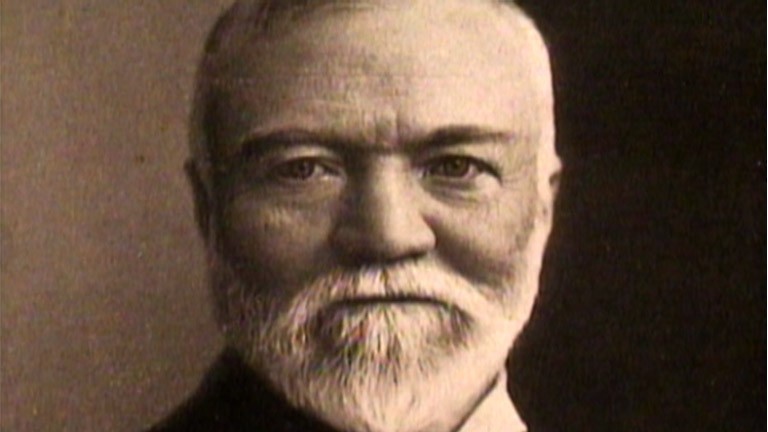 If you are looking for a rags to riches success story, it is obvious that Andrew Carnegie has to be analyzed. Born in 1835 in Scotland, Carnegie emigrated to the USA in 1848 and his first job was that of a bobbin factory ordinary factory worker. Then, he became a simple messenger boy. What was to follow nobody could have predicted with him climbing up the ranks of the telegraph company he had a job at.

At a later point in time he created the well-known Carnegie Steel Company, which eventually became US Steel after other companies joined. Andrew Carnegie actually became a philanthropist after having a lot of money, which is always great to see. Most people relate to Carnegie as being the second richest man ever with Rockefeller being the only one that was richer. When looking at the 2007 dollar value, it was highlighted that his net worth summed up to an impressive $298 billion.

The beginnings were really humble. Carnegie’s mother bound shoes and his father was just a weaver. The family was quite poor and the success achieved was solely based on his will to simply work his way up. Andrew’s father made a great decision as he borrowed money in order for the family to leave for America. After around 2 years, Carnegie started working at a telegraph company with a salary of $2.5 per week. This doubled the pay that he gained at that point and then started memorizing names of clients and Pittsburgh businesses. He basically started to create connections.

When Andrew Carnegie turned 18, he ended up hired as a telegraph operator by the Pennsylvania Railway Company. This gave him a $4 per week salary. The job here was fundamental to his evolution with the mentorship of Thomas A Scott.

Further Reading:  Mistakes That Too Many New Entrepreneurs Make

From Work To Investments

The investment basics were obtained as Carnegie observed what Railway Company did for business. He actually once took $500 from the mother’s $700 home refinance deal in order to make an investment. This lead towards Woodruff stock. Returns were reinvested in industries that were connected to the railroad industry, like iron investments. That is how Carnegie slowly but surely ended up acquiring investment capital.

The first big business deal was when Carnegie was a Pennsylvania Railway Supervisor. That is when he arranged a merger between George M. Pullman and Woodroof. The result was a Pullman sleeper first class car. It was a huge success that eventually led to his 1861 promotion to Military Railways Superintendent.

In the year 1854 we saw Carnegie investing $40,000 in Story Farm in Pennsylvania. This is an investment that brought in 1 million dollars in cash dividends alone, with oil income also appearing for the long run. That was when he realized that a lot of potential is available in the steel industry. He eventually invested more in iron and subsidiaries. The year 1865 saw him leaving the railway industry. Union Ironworks and Keystone Bridge Company were open.

The truth is that Andrew Carnegie had a great feeling for business, worked hard and always persevered. One of the best things that he did was maintain strong relationships with business contacts that were gained along the years. He actually managed to get many contracts thanks to these contacts. If there is just one thing that you would remember, it is that in order to succeed in business, you have to work with partners and your partners will be the ones that will help you out the most.

Further Reading:  How To Succeed As A First Time Business Manager

Alliance Marketing – The Collaboration Between Brands ...