Why Ross Perot is one of the Greatest Entrepreneurs of All Time? 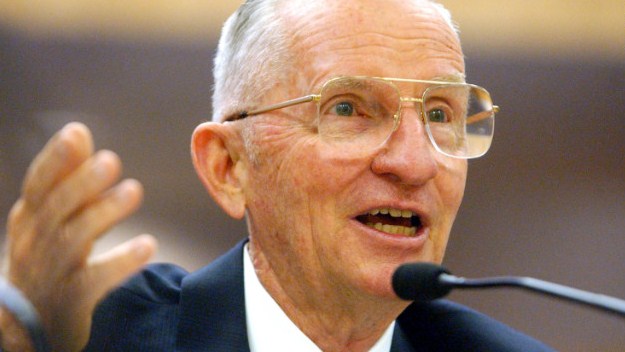 Each one of us has his own standards when it comes to wealth. Some may think that the doctors or lawyers are rich, while others believe that you need at least one million dollars in order to be considered a rich man. As for others, any wealth is extremely hard to imagine.

When it comes to businessmen involved in politics, everyone remembers Ross Perot, the independent presidential candidate in 1992 and 1996. He was more successful in business, though. This is because in just a few years he managed to become the richest man in Texas.

Born in June, 1930, Perot left the Navy in 1957 in order to become a salesman for International Business Machines, a job where he immediately became a top employee. Because his ideas were being ignored, he left the company in 1962 and founded Electronic Data Systems, which ensures data processing services for the greatest companies. Six years later, Perot was called the “fastest, richest Texan”.

The American businessman did not stop here. In 1984 he bought General Motors and his net worth at this very moment is over 3.5 billion dollars.

But the real question is: why is Ross Perot one of greatest? There is more than one answer to this question since almost everything in his career was a good example to others who try to follow his path.

His list of Honors starts in 1986, when he received the S. Roger Horchow Award given out annually by Jefferson Awards for Greatest Public Service by a Private Citizen.

On September 18, 2009, the Texarkana Independent School District named him (1947 graduate of Texas High School) as a 2009 Distinguished Alumnus. Earlier that year he was appointed the honorary OSS Society chairman position. Two years later, in 2011, the Museum of Nature and Science in Dallas named a new species of a dinosaur after the Perot family.

While a lot of American citizens do not believe that wealthy entrepreneurs should be elected, some may think this is for the best. The billionaire Texan never served as a public official, but he had the experience of being the head of many top successful corporations. His views were then described as a combo of “Texas populism with high-tech wizardry.” Although he had many supporters, he also had critics who thought he is “short-tempered”. This lead him towards an unsuccessful campaign, but this did not stop him. He knew that if you want something, you need to try until you get it. As a result, he decided to run for the next presidential elections in 1996. Even though he was not the President of USA, like he wanted, he managed to gain respect and trust from the citizens.

Besides an entrepreneur, Ross Perot is the father of five children, a carrying husband and a man who served his country, graduating the United States Naval Academy. And this is what makes him a great man, an American businessman, one of the best ever in the country. If there are only some things we can learn from him, the fact that determination counts in business is definitely high on the list.

Things You Can Learn From Jeff Bezos’ ...

What Can We Learn From Michael Dell’s ...