A Closer Look At Megamarketing – What Is It Good For? 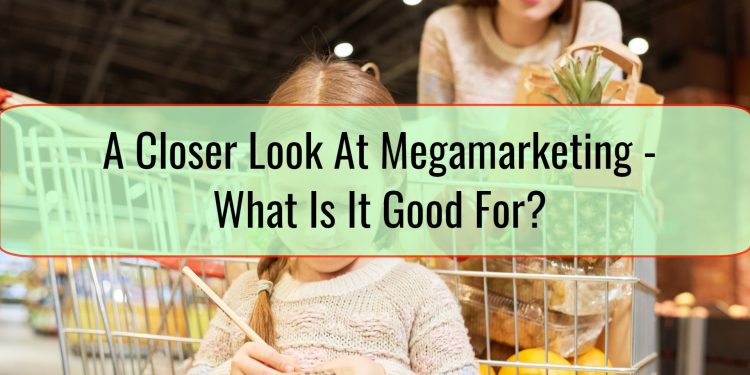 Megamarketing is an advanced concept that most marketers will not end up working with. We can define it as marketing expansion beyond a buyer, towards third parties that are responsible for blocking or generally influencing transactions. This includes cultural institutions, banks, reform groups, governments and labor unions.

Just as the name implies, megamarketing is important for international commerce since national governments can and will enforce different policies blocking companies. A government that would block a foreign company can be seen as a third party, as was mentioned in the definition above. That party has to be appeased so that business can happen.

The first use of the term appeared thanks to Philip Kotler in 1986 but if we are to think about politics, this is a practice that is quite old. Countries did establish protection tariffs so business groups always lobbied for the legislations that would favor them. Nowadays, megamarketing literature does exist and is mainly focused on governments and lobbying to get them to remove trade barriers.

Government tariff is just one of the various barriers that a company may be faced with. As an example, union support is also something that is a necessity for many businesses that want to get employee support.

Using megamarketing is not connected directly to primary customers. The focus is on the third party that would influence the perception of the customer and the ability to buy products. That will include civil servants, special interest groups, regulatory agencies, politicians, opinion leaders and national media. There are always groups that are opposed to businesses and groups that support businesses. Megamarketing campaigns have the main focus on persuading opposition, rallying supporters and turn the people that are not interested into supporters.

Who Should Use Megamarketing Campaigns?

As you can easily imagine, it is not at all easy to influence the government. Because of this and the necessary lobbying, a megamarketing campaign is not something that medium sized firms or under can afford. Megamarketing is a tool that is used for the really large firms, those with an international operation or for firm coalitions that would join in order to gain the necessary political power.

The best example of a company that successfully used megamarketing comes from PepsiCo. It used such an approach in India, which was a market from which Coca Cola was pushed out in the year 1977. During the eighties, PepsiCo started a campaign that practically included a focus on various Indian government levels as the government employed various laws making things really difficult for a foreign company to invest in India. The first lobbying failed in 1985 but after 3 years of megamarketing campaigns, access to the market was gained. This included 15 committee reviews, over 5,000 press articles and even 20 Parliamentary debates. PepsiCo even went further and gained more favor after helping the Indian government to avoid US trade restrictions that were proposed in the year 1990.

As you can see, megamarketing can be effective. However, most companies and coalitions will not actually have the necessary funds to use it. Just think about how much 5,000 press articles would cost.

How To Increase The Possibility Of Receiving ...

How To Use Scarcity Marketing To Increase ...