A Look At The Life of Entrepreneur Howard Schulz 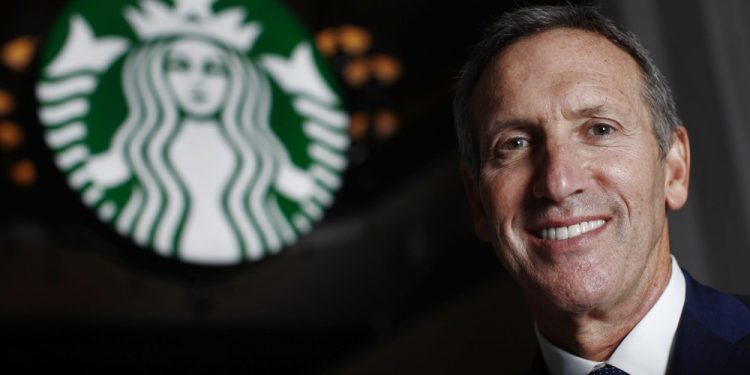 Starbucks is a brand known by everyone in the world. In the nineties it was Starbucks that basically made coffee drinking a favorite national pastime. What many do not know is that Howard Schultz is the CEO and the mastermind behind this coffee chain. He is the one that managed to transform a 4 store chain into a leading specialty coffee retailer in the US. Let’s take a look at his life and his growth for once as everyone is always focused on the brand instead of the people that made the brand great.

Howard Schultz was born in 1953 in Brooklyn, New York. The mother was a receptionist and the father had various jobs, most of them paying little. As Schultz was seven years old, his father became unemployed. There was no disability assistance or sick pay leave at the time. This made the family really poor and without the possibility of putting food on the table. This is a memory that influenced Howard’s adult life.

Because he wanted to have a better life, Schultz did what most people tried at the time. He went into sports and eventually earned a Northern Michigan University athletic scholarship. He obtained a business bachelor’s degree and then started to work in marketing and sales departments at Xerox Corp. Schultz excelled at his job so he was recruited by Perstorp AB as vice president of Hammerplast USA.

As he worked at Hammerplast, Howard Schultz noticed Starbucks as it bought many espresso machines. He went to Seattle and found 4 shops. This establishment initially sold roasted gourmet coffee beans, coffee-making accessories, spices and teas.

Gordon Bowker and Gerald Baldwin owned Starbucks. They did not have much business knowledge and were impressed by the marketing skills and energy that Schultz had. That is why he invited him to be part of the operation. Part ownership was enough to convince him to join as marketing and retail operations head in 1982.

After one year, while vacationing in Italy, he figured out that coffee was a huge part of social life there. That is when he decided to open a Seattle coffee bar. Coffee was already being brewed in the Starbucks shops but just as a customer request or as a free sample. Moving beyond the new store offering was something that the initial owners did not want to do.

What was really interesting was that Schultz left the company because he wanted to pursue his idea. He opened a small espresso bar, Il Giornale. The success was close to instant. One year later Starbucks was on the market as the owners wanted to sell. Schultz quickly acted, gathered some investors and bought the entire chain for close to $4 million. From that moment the store kept growing and introducing new products.

The main change that Howard brought in was improving how the entire company dealt with the employees. Focusing on services and treating staff right is exactly what led to the huge store expansion that happened in the following years. Starbucks was among the first companies in North America to offer part and full time employees full healthcare coverage. The growth that happened during the 90s was huge, leading to 2,200 stores in the year 1998. By 1999 annual sales topped $1.7 billion and Starbucks Corp became the No 1 specialty coffee retail shop in the country.

Further Reading:  How Niantic Created The Hype Around Pokemon Go

The bottom line with Howard Schultz is that he did make many good choices that helped Starbucks grow but the main one was the fact that the benefits policy was created. This is definitely a main part of why the dramatic growth was noticed. Health benefits for all employees are now available in most corporations from around the world and Starbucks was among the first.

5 Signs That Penny Stocks Are Soon ...