Renting a commercial office is one of the most important aspects of establishing a business, though it’s a big responsibility that must be taken seriously. The terms of a commercial lease could cause your business serious problems that, more often than not, could have been avoided had you gained a comprehensive understanding of commercial office lease agreements and how they differ from residential leases. 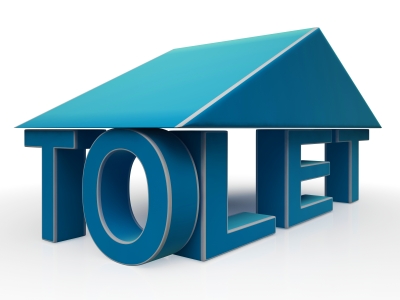 If you’re moving your small business or start-up from your home to a commercial office then you’ll probably have somewhat of an idea what’s involved in a residential lease agreement between you, the tenant, and your landlord. However, it’s important to take into consideration the often significant differences between commercial office leases and residential leases and to understand the main differences between them.

–       No standard agreements. One of the most significant differences between commercial office and residential leases is that there’s no standard agreement and the landlord is able to customise it to their needs. As a result, you need to fully understand the terms of your commercial lease before agreeing to it.

–       Greater flexibility and negotiability. This can counter the point made above to a great extent. Because leases are customisable (usually to the landlord’s benefit) you’re often able to negotiate a more flexible lease than originally offered and that also goes for the rent – don’t forget to negotiate.

–       A legally binding contract. Commercial office leases are legally binding contracts and if you don’t negotiate an early end clause before agreeing to the contract (this is yet another reason why negotiating your rental terms and conditions is so important) you could find yourself in for a nasty surprise if you need to end the lease early.

The best advice that can be given here is to a) read through and comprehensively understand the contract before agreeing to it, b) negotiate for a more flexible contract, one that better suits your needs, and c) look for alternatives to traditional office rentals like serviced office space.

The terms below are some of the critical terms you’ll come across in commercial office leases, so understanding what they are and how they affect you is essential.

–     Lease term: The dates the contract begins and ends and whether there are renewal options available to the tenant

–     Rent: How much you pay weekly, fortnightly or monthly (this sometimes includes what are known as escalations or allowable increases)

–     Deposit: The security deposit you paid and the conditions for its return

–     Net lease: You will be charged for the abovementioned items separately

–     Subletting options: Whether you can sublet the office to another tenant

–     Expansion and renewal: Can you expand the amount of office space you rent and are you able to renew the contract on the same terms and conditions?

–     Termination: Can the lease be terminated and if so, what are the notice requirements and are penalties applied for early contract termination?

–     Disputes: Are disputes mediated by a third party or arbitrated as an alternative to taking the matter to court?

–     Space: The demarcation of the space you are renting and how space is measured

–     Build outs, fixtures improvements and modifications: Which party pays for these and which party will own them at the end of the lease?

There’s often a lot to a commercial office lease, so to reiterate; negotiate a more flexible contract to the one you’re originally offered because the landlord will have customised the contract in their favour, and read through it to fully understand the terms and conditions before agreeing to it. However, if you’re not happy with the leases you come across look for alternatives to traditional office rentals like flexible serviced office space for lease, a popular alternative that countless businesses, including start-ups, have found perfect for their needs.

8 Steps to Become a Millionaire