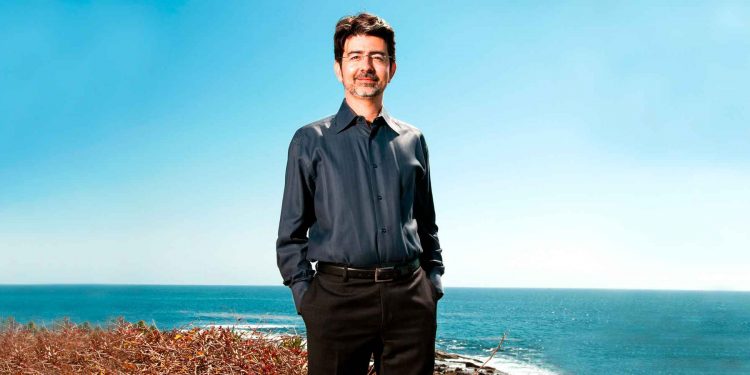 Pierre Omidyar was trying to impress his girlfriend and ended up creating a revolutionary online system that allowed people to sell and buy everything they wanted, eBay. The eBay founder is Iranian-American, French born and became a billionaire at 31. How did this happen?

Omidyar was born in 1967 in Paris while his computer interests started in high school. He actually received a job from the school principal to create an official program that created library catalogue cards. His pay was 6 dollars per hour. Then, he moved to Tufts University in US and created the first software that helped programmers deal with memory issues, releasing it shareware. He did not get that much back from that though.

After graduation Pierre Omidyar worked for an Apple subsidiary and the co-founded a startup together with 3 friends. He started working on an eShop site that ended up being bought by Microsoft. Eventually, he moved towards working at General Magic and designing sites for extra money. Then, one day, his girlfriend, who was collecting Pez dispensers, complained that it was hard to find people that had the same hobby. This was when Omidyar coded an auction function online that was linked to his site, allowing the girlfriend, Pamela, to sell and buy on the internet while contacting collectors.

Auction Web opened its doors in 1995 and was eventually renamed to eBay, initially being a forum to help people buy and sell. There was zero fraud prevention or conflict mediation back then, with the first item ever sold being a laser pointer that was broken.

Further Reading:  How Netflix Became One Of The Biggest Names In Entertainment in the 2010's

After 3 months Pierre talked with Jeff Skoll, his friend, in order to add some features. The site quickly grew in popularity so a commission fee was added for every item that was sold. By the middle of 1996 the site was already hosting almost eight hundred thousand auctions every single day, leading to the official rebrand in 1997.

After the rebranding to eBay a really aggressive and strong marketing campaign started and the Initial Public Offering was prepared. In the month of September 1998 it happened and both entrepreneurs became instant billionaires. In the year 2013 it was reported that Pierre Omidyar had his net worth at $8.7 billion.

Konosuke Matsushita – How One Entrepreneur Created ...