How To Trade The Chinese Economy Online 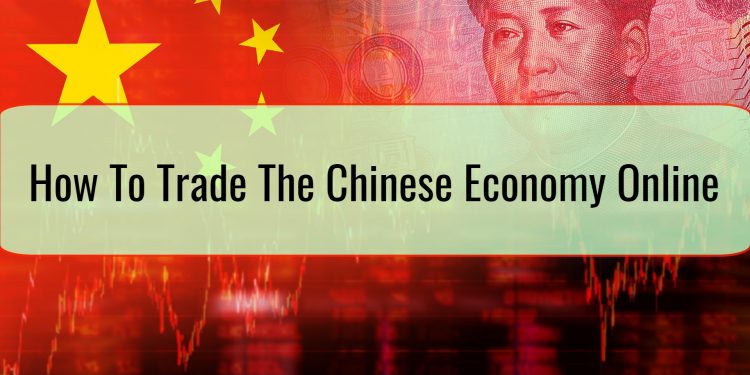 China is one of the most important economies in the world. While the US economy is about $7 trillion bigger than China, investors are paying closer attention to China for a number of reasons. First, China is estimated to overtake the US in the next 15 years if the current growth rates remain. Second, China has the world’s biggest population, which makes it the biggest consumer of goods. Third, China’s technology sector is growing so fast that it has overtaken the US. Fourth, its Belt and Road Initiative (BRI) is intended to increase the country’s trading exposure to the world. Finally, China has started a ‘Made in China’ program that intends to make it a producer of higher value products and services.

As a trader, if you want to trade China’s exciting economic prospects, this article will show you some key methods you can use.

A common method for trading a country is to invest in its biggest companies. It is possible even with an automated trading system. For example, one way of investing in the US, is to invest in the S&P 500. Similarly, for China, you can trade the economy through the China A50. This index was created by FTSE in collaboration with Xinhua and is made up of large companies listed in Shanghai and Shenzhen stocks exchanges, in diverse sectors such as banking, construction, insurance and more. An easy way to trade the China A50 price is via a contract for difference against the US dollar, referred to as CNX/USD on trading platforms.

Australia is the sixth largest trading partner with China in terms of exports and imports. Its exports to China include coal, iron ore, wheat, and natural gas. 25% of all Australian exports are bought by Chinese buyers. Because of this relationship, the Australian economy does well when the Chinese economy does well. Therefore, traders follow data from China to gauge the performance of the Australian dollar. For example, in April 2019, AUD rose by more than 1% against USD when China released positive Q1 growth numbers.

New Zealand’s dollar is another currency that traders use as a proxy for China. Like Australia, China is the biggest consumer of the country’s goods, which include food commodities and wood. New Zealand’s trade with China is work over $10 billion yearly. Its other trading partners are Australia, United States, and Japan. Therefore, the New Zealand economy and currency is positively correlated with China.

Hong Kong is a special administrative unit for China. This means that it operates independently, with its own government and currency. Hong Kong is one of the largest financial cities in the world. Most foreign investors prefer to use it as a hub for doing business in China. It is also a major shipping center, which makes it an important trading partner with mainland China. The Hong Kong dollar is therefore a liquid proxy for the Chinese market. However, since it is pegged to the USD, its movements tend to follow the actions of the USD.

Further Reading:  How To Lower Your Cable Or Satellite TV Bills

Geographically, Japan is close to China. This makes the two countries key trading partners. In 2018, the country exported goods worth more than $144 billion to China. Therefore, many traders use the country’s currency as a proxy for China. However, since Japan’s exports are more diversified than those of Australia and New Zealand, it is not a good proxy for the Chinese market.

Yuan is the official currency of China. This means that many traders use it as a proxy for the performance of the country. When the economy does well, the yuan tends to gain. However, there are a number of challenges of using it as a proxy. First, the currency is highly manipulated by the Chinese government, which prefers to keep it weak to boost exports. Second, it is not widely used outside China. Third, official Chinese economic data is sometimes viewed with skepticism because of previously-mentioned government manipulation.

Major US and EU indices

Major US and EU indices like Dow, DAX, and Stoxx are important proxies for the Chinese market. This is because we are living in a world of synchronized growth. Therefore, when China releases good data, its impacts are felt in Europe and United States. For example, in April 2019, when the country released impressive GDP numbers, these indices rose sharply.

Outdoor Advertising Mistakes You Have To Avoid