How Airbnb Used Growth Hacking To Become A Household Name? 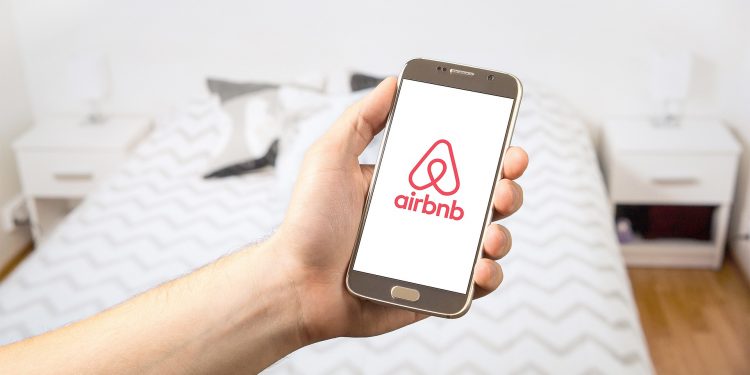 The story of Airbnb started in 2007 when two designers, Brian Chesky and Joe Gebbia weren’t able to pay rent for their apartment in San Francisco so they decided to rent their loft as a lodging space for travelers. They created a website and soon after they started to receive emails from people who wanted to stay at their loft but also from people who wanted to know when they will able to use their services in other parts of the world. And the rest is history… actually not really, Chesky and Gebbia hired an engineer to help them build the platform for Airbed & Breakfast, the initial name of Airbnb.

Airbnb is the perfect example of a company that knew how to use growth hacking to its advantage. Everything began soon after the two designers that came up with the idea of Airbed & Breakfast decided to capitalize on the lack of hotel space caused by the Democratic National Convention. Today, Airbnb has more than 550k properties listed all over the world and more than 10 million guests that used the platform to find a place to stay while traveling. If you want to learn how Airbnb used growth hacking to become a household name, keep reading and take some notes.

In 2008, the two founders or Airbed & Breakfast decided it is time to raise money for their project so they started to sell special edition cereal boxes election-themed. They manage to sell about 500 boxes of cereal for $40 a box and they raised some money for their company but it still wasn’t enough. After that, they decided to get investors but this process wasn’t easy either since some people considered the idea crazy and totally unfeasible but eventually they managed to get $20k funding, they renamed their business Airbnb and they continue their work until they received another funding, this time $600k.

Further Reading:  Some advice on improving your business finances

The most important lesson to learn from Airbnb early days is that if you have an idea you really believe in, you have to continue to work for it and to find people who will believe in it as much as you do.

The most famous growth hack used by Airbnb is the Craiglist platform integration. Even though the founders wanted to avoid Craiglist in the first place and that is why they decided to create their own website for their loft instead of posting an ad on Craiglist, Craiglist had something that Airbnb did not have in 2010 – a huge user database. To be able to use Craiglist’s huge database and build their platform at the same time, Airbnb offered users the possibility to post their ad on AirBnB and Craiglist at the same time. They did this by using a bot that fills out forms and also gave them access to listing information. Airbnb made sure that their listings were superior to the general listing on Craiglist and that made other users to book their rooms through AirBnB’s platform and to continue to use their service.

Airbnb used to send emails to Craiglist users to inform them about Airbnb. While this method is not entirely ethical and it is considered spam by most marketers, this strategy also brought them some new users on their platform.

Airbnb started by offering an excellent experience to the founders’ initial guests and then they started to work backward to determine how to transform that into a business. Since they did not have enough money at the beginning, they considered to teach the hosts registered on the platform how to take professional photographs of their property but they soon realized that idea is not feasible so they bought a camera instead and visited as many New York listings as possible and they took pictures themselves. That increased the number of the bookings and brought more money to the founders that allowed the founders to hire professional photographers and to continue to innovate the platform.

Stay On Top Of The Game

Airbnb offers cheaper places to stay than hotels and they also promise a better experience but this promise is very hard to keep if you do not know the people that list the properties on the platform so this is when the founders decided to introduce Airbnb Social Connections – a tool that allows guests to connect their Facebook profile to see the mutual connections they have with the hosts (friends that stayed there or friends they have in common with the host). The same tool allows guests to search for hosts with certain characteristics.

Airbnb did not stop at Social Connections, they continued to innovate their platform and to offer new useful tools and services to their users. Nowadays, cleaning services are also available on Airbnb and the address and user information are thoroughly verified to ensure the safety of both the hosts and guests.